This project implements a Model Predictive Controller(MPC) to control a car in Udacity’s simulator(it could be downloaded here). The simulator sends car telemetry information (the data specifications are here) to the MPC using WebSocket and it receives the steering angle and throttle. The MPC uses the uWebSockets WebSocket implementation to handle this communication. Udacity provides a seed project to start from on this project (here).

After that installation, there are two other required libraries:

Then install the package:

Note: It is possible you get this error message: /usr/local/bin is not writable. In order to fix that problem, follow the instruction suggested in this link:

In order to build the project there is a ./build.sh script on the repo root. It will create the ./build directory and compile de code. This is an example of the output of this script:

The project could be executed directly using ./build/mpc or if there are some modification and a build is needed you can use the script ./makeAndrun.sh:

Now the MPC controller is running and listening on port 4567 for messages from the simulator. Next step is to open Udacity’s simulator: 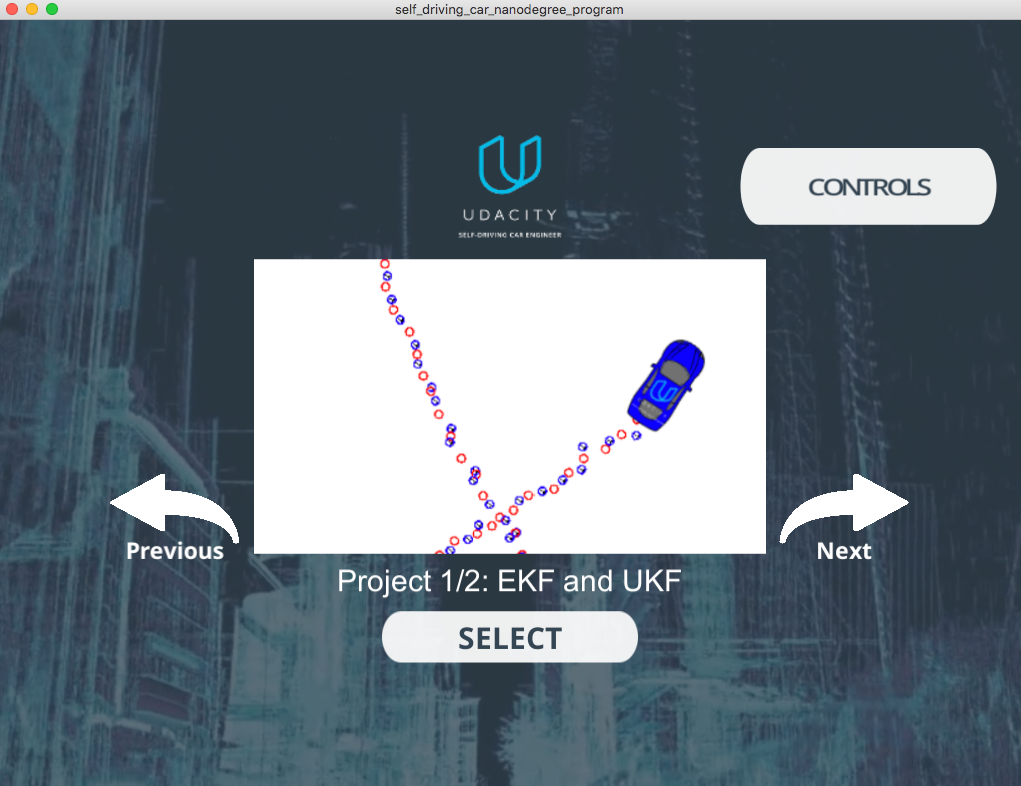 Using the left arrow, you need to go to the Project 5: MPC Controller: 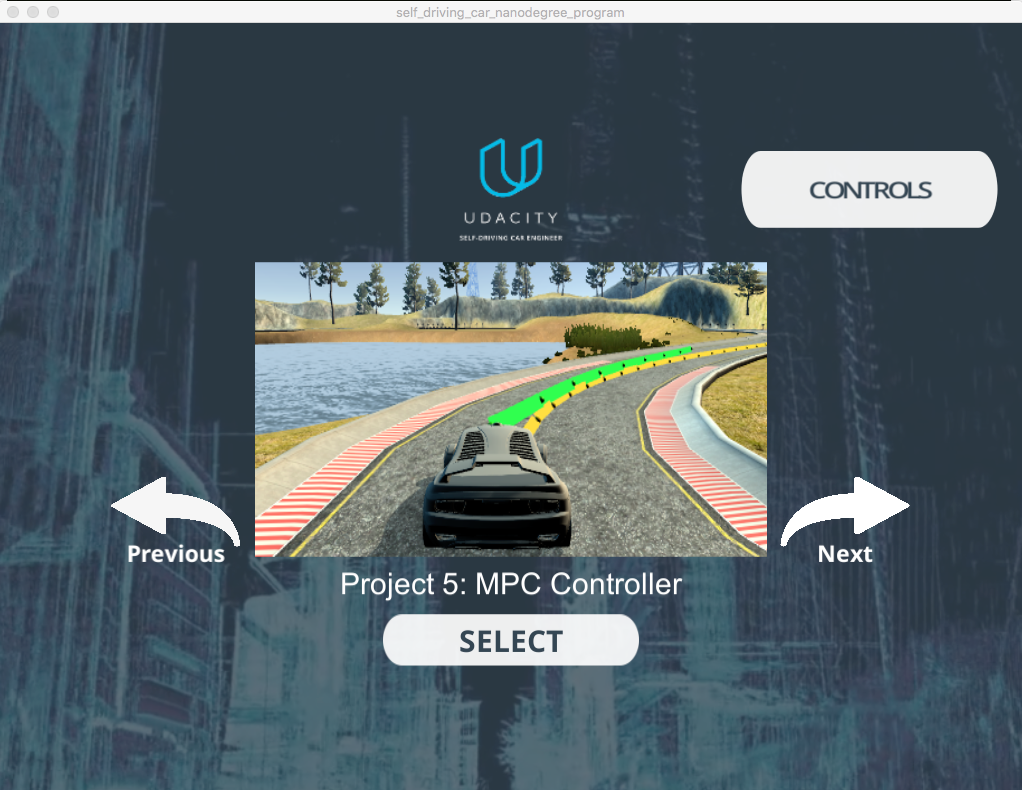 Click the “Select” button, and the car starts driving. You will see the debugging information on the PID controller terminal. A short video with the final parameters is ./videos/final-parameters.mov.

The code compiles without errors or warnings. No modifications were done on the provided setup.

The model used is a Kinematic model neglecting the complex interactions between the tires and the road. The model equations are as follow:

Those values are considered the state of the model. In addition to that, Lf is the distance between the car of mass and the front wheels (this is provided by Udacity’s seed project). The other two values are the model output:

The objective is to find the acceleration (a) and the steering angle(delta) in the way it will minimize an objective function that is the combination of different factors:

How much weight each of these factors had were tuned manually to obtain a successful track ride without leaving the road.

The number of points(N) and the time interval(dt) define the prediction horizon. The number of points impacts the controller performance as well. I tried to keep the horizon around the same time the waypoints were on the simulator. With too many points the controller starts to run slower, and some times it went wild very easily. After trying with N from 10 to 20 and dt 100 to 500 milliseconds, I decided to leave them fixed to 10 and 100 milliseconds to have a better result tuning the other parameters.

The waypoints provided by the simulator are transformed to the car coordinate system at ./src/main.cpp from line 104 to line 113. Then a 3rd-degree polynomial is fitted to the transformed waypoints. These polynomial coefficients are used to calculate the cte and epsi later on. They are used by the solver as well to create a reference trajectory.

To handle actuator latency, the state values are calculated using the model and the delay interval. These values are used instead of the initial one. The code implementing that could be found at ./src/main.cpp from line 121 to line 139.

The vehicle must successfully drive a lap around the track.

The vehicle successfully drives a lap around the track. Here is a short video with the final parameters: ./videos/final-parameters.mov.