Based on Udacity’s start project the following frameworks and packages should be installed to execute the code:

I provide an environment configuration on environment.yml in order to reproduce the package selection. I used it to make sure the basic of the code was working properly, but without access to a local GPU, the code ran too slow. To run code properly, I created a Spot instance on AWS following the procedure explained in the class with the Udacity’s udacity-cardnf-advanced-deep-learning Comunity AMI. The instance type was g3.4xlarge. The only package I have to install manually was (tqdm)[https://pypi.python.org/pypi/tqdm].

The dataset used in this project is the Kitti Road dataset. It could be download from here or use the script download_images.sh.

Most of the code is inside main.py run method. The code downloads a pre-trained VGG16 model and extract the input, keep probability, layer 3, layer 4 and layer 7 from it (method load_vgg from line 20 to line 44). Those layers are used in the layers to create the rest of the network:

Every created convolutional and deconvolutional layer use a random-normal kernel initializer with standard deviation 0.01 and a L2 kernel regularizer with L2 0.001.

Once the network structure is defined, the optimizer and the cross-entropy lost is defined on the optimize(from line 116 to line 136) method using Adam optimizer.

The network is trained using the train_nn (from line 140 to line 174) using keep probability 0.5 and learning rate 0.00001. To facilitate the loss value analysis, later on, every batch loss values are stored in an array, and the array is printed for each epoch.

The dataset used for training the network was The network training was done for 6, 12, 24 and 48 epochs. The following graphs show the loss after each epoch: 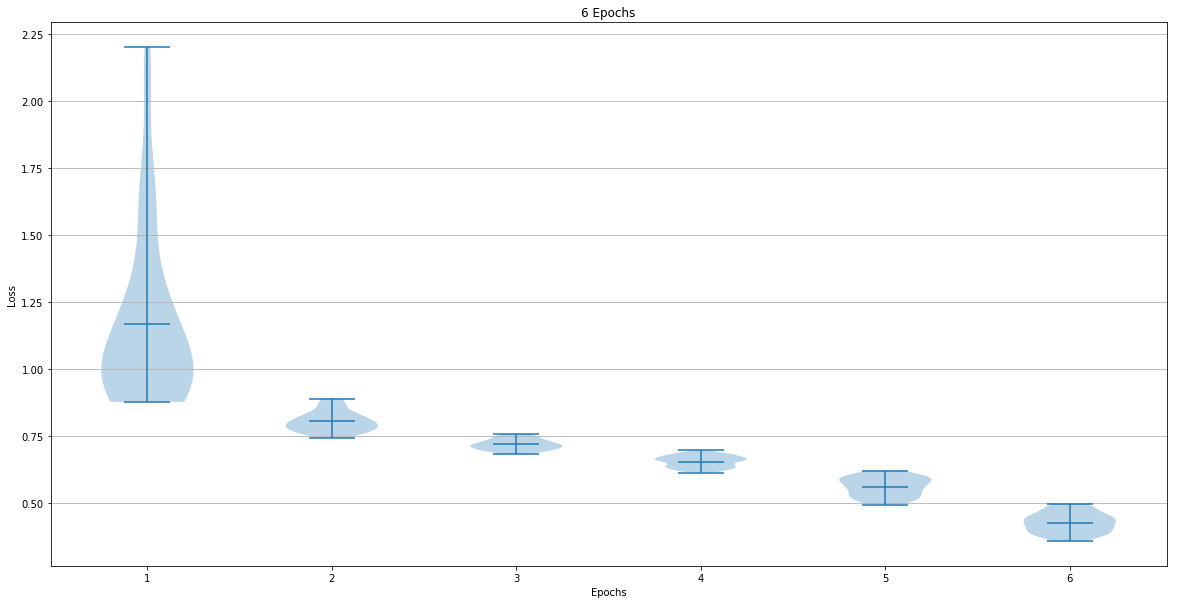 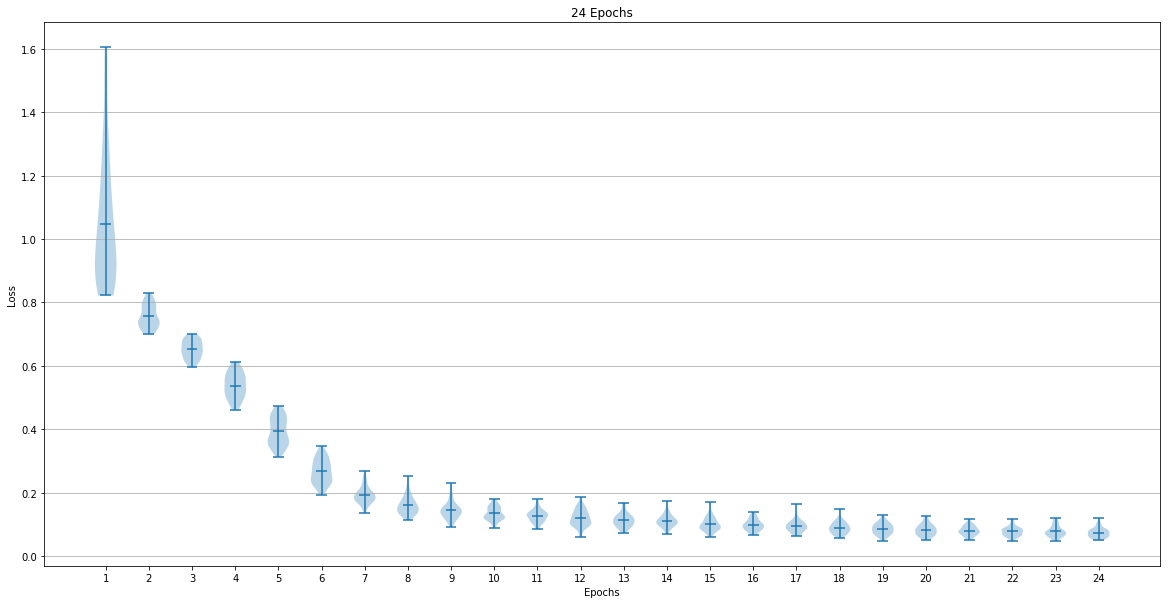 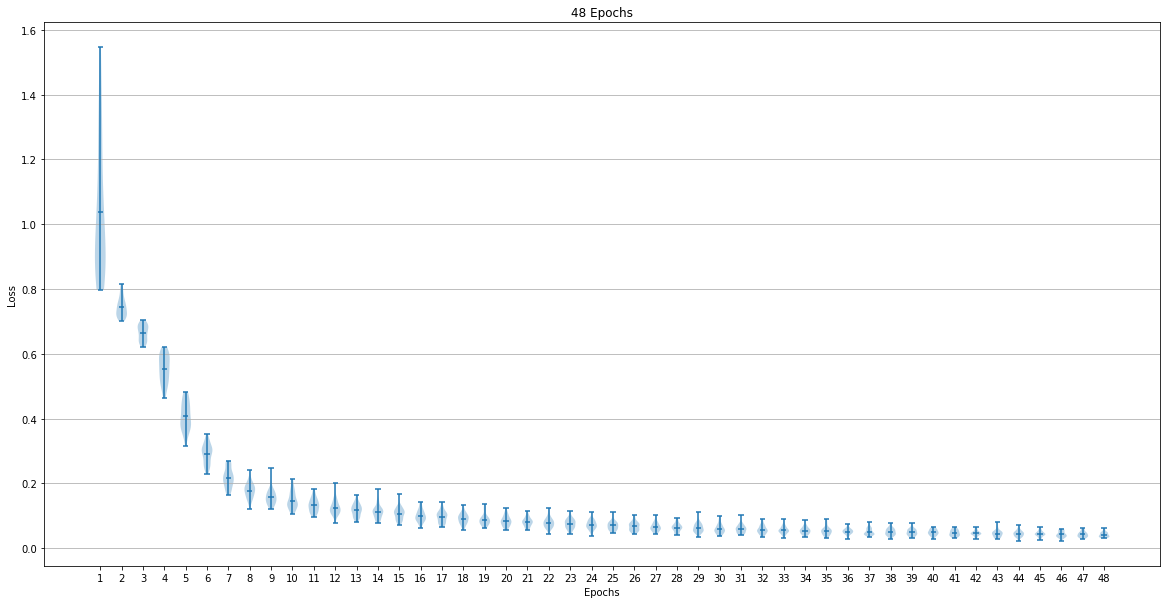 The last epoch loss mean and standard deviation were:

It was fascinating to see how the segmentation improve when the epochs increase.