This is the first project on Udacity’s Flying Car Nanodegree. We need to control a simulated drone using python to fly in a square trajectory in a backyard. Udacity’s FCND Simulator could be downloaded [here]((https://github.com/udacity/FCND-Simulator-Releases/releases). The python code use Udacidrone API to communicate with the simulator. This API use MAVLink protocol.

To run this project you need to have the following software installed:

Just in case you don’t have it, update to the latest conda version:

Change directory to where you clone this repo. Let’s call that directory REPO_PATH. Create the conda environment for this project: 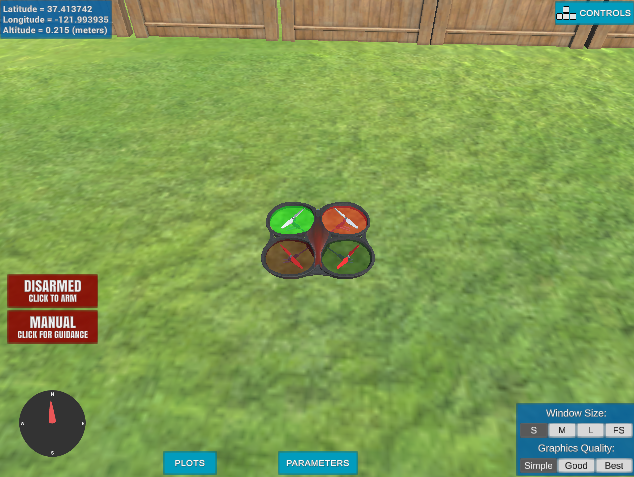 The code controlling the drone is backyard_flyer.py. You can run it with the following command:

After a couple of seconds, the drone on the simulator should start moving describing a square. If you want to try other trajectories or to build your own, you can pass a “waypoints” file to the code with the following command:

There are three waypoints files on the repo:

You can find videos of the first two trajectories at ./videos. On the visualization notebook, there are trajectory graphs with more details about position and velocity of the drone using the telemetry information generated by the code. Here is an example of those graphs:

Details about ground position and altitude: 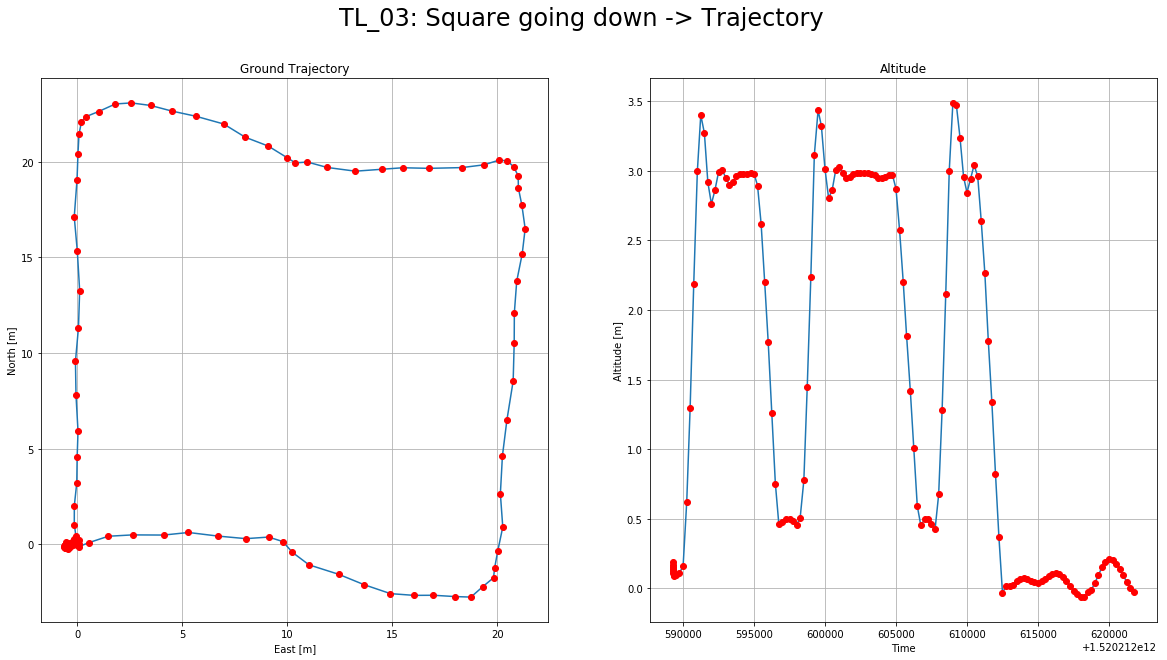 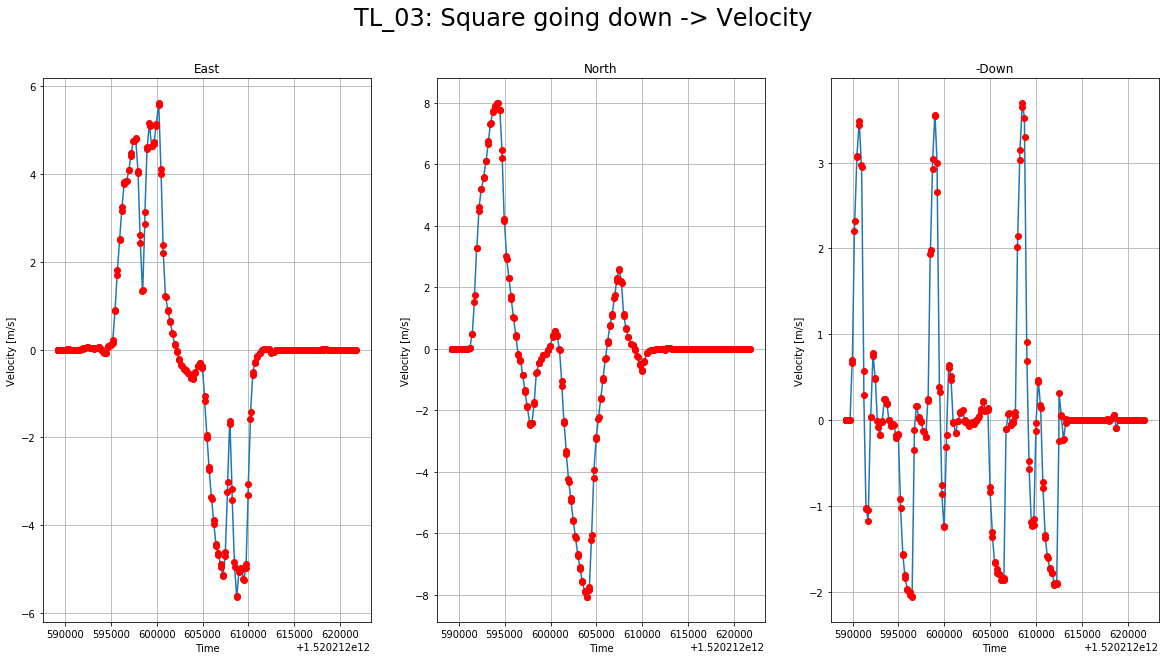 The backyard_flyer.py implements the following state machine to control the drone using an even-driven/asynchronous approach:

When the code receives following messages:

The callbacks on those messages instruct the state changes and command the drone to take actions. This code is based on the seed project provided by Udacity here. It provides the basic structure of the code and information about the different data structure used.

The transition methods are complete (lines 96 - 180). The actual state transition was moved to the message callback to separate the actions from the state transition. Usually, it is beneficial to do so to be able to reuse the transition function elsewhere. In the case of this code, there is no reuse possible because it is simple and we are just warming up, but it could be something to use for future projects.

Fill in the appropriate callbacks. Shell state_callback, local_position_callback, and velocity_callback are provided though they may not be required for all states.

The callbacks are complete (lines 43 - 94)calling the right transition method based on the position, velocity, and state of the drone. Here again could be good to separate the “transitions guards” from the code, but I didn’t go so far.

Running the backyard_flyer.py script correctly commands the vehicle to fly in a square.

The drone executes the path more or less correct, and it lands within 1 meter from the initial position. Especially, when a square trajectory is used.