Visiting UTIAS - Dynamic Systems Lab
It is happening in Toronto

Today, I had the privilege of visiting UTIAS’s Dynamic System Lab.

After a few months enjoying the first term of Udacity’s Flying Cars and Autonomous Flight, I finally got the opportunity to meet in person Luis Yu and Peng Cheng. Many nights we spent helping each other to understand the concepts on the nanodegree. It was time for a beer as well.

Luis planned a visit to Toronto, and he had the idea to contact Professor Angela Schöllig and try to see if we could visit her lab as well. Peng was even more enthusiastic and approached Keenan Burnett. Peng is the organizer of the Toronto Flying Car Specialization meetup. Keenan works in the lab and is the technical lead of The University Of Toronto’s Self-Driving Car Team. For a while, we didn’t have any response from them. We talked to Udacity as well to facilitate our interaction with the professor, but we had no answer. To meet with our classmates and exchange ideas was good enough for us, but we always hope for more. Yesterday, Peng received a message from Angela saying we could go and not just see the lab her team will give us a demonstration of what they do!! Ok, all set!!! We were ready for a great afternoon at the lab, but things got even better. Keenan accepted our invitation for lunch and offered to show us Zeus: the self-driving car his team is working on. It was just good luck both visits were the same day, and we were ready for them.

Luis and I started on a nearby Montana having a man mug while waiting for Peng and Keenan: the beers needed to be crossed from today’s activities. 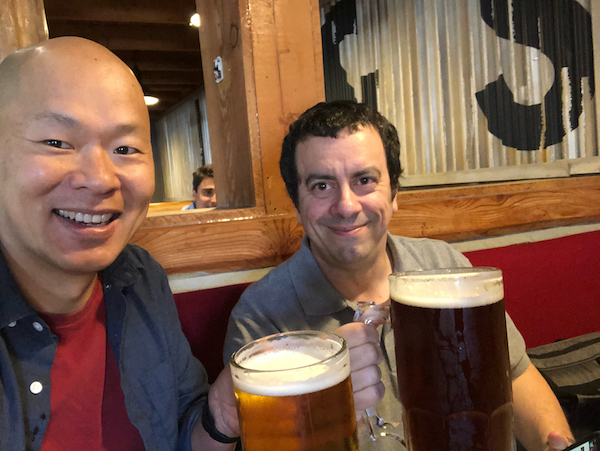 Then, they arrived we start talking about Keenan experience with self-driving cars. 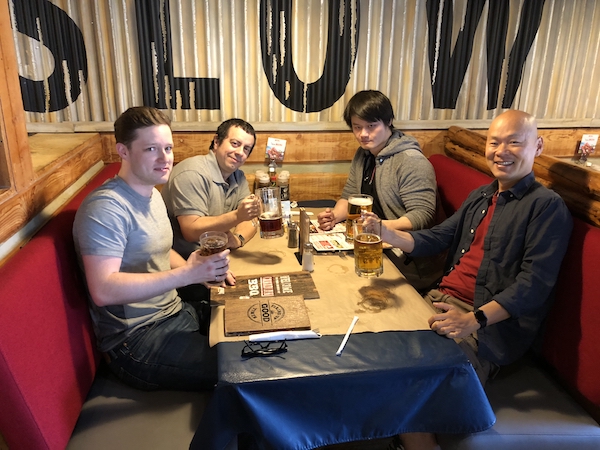 I have to say Udacity’s Self-Driving Car Nanodegree helped me there. I was able to understand most of the concepts Keenan was explained to us. Including challenges to find the lane lines and stop signs. These concepts were elucidated on the nanodegree in details. I am not sure I can do it because I have to try first in practice more than just using Udacity’s test-car Carla. But at least, I can be sure I could understand(ok, at least, look smart and appear to understand) a conversation with somebody who faces those problems day after day.

After having good conversation and company, we went to UTIAS and: hello Zeus 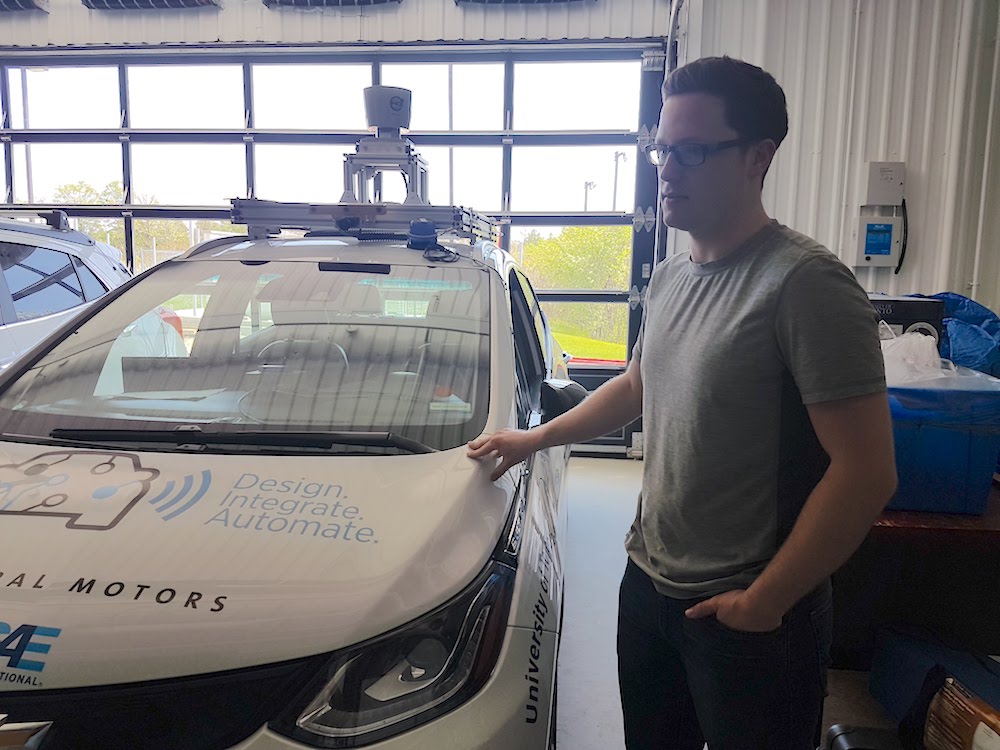 Keenan was kind enough to start the car computer and explain to us the different systems and sensors it has. This was my first encounter with a LIDAR. 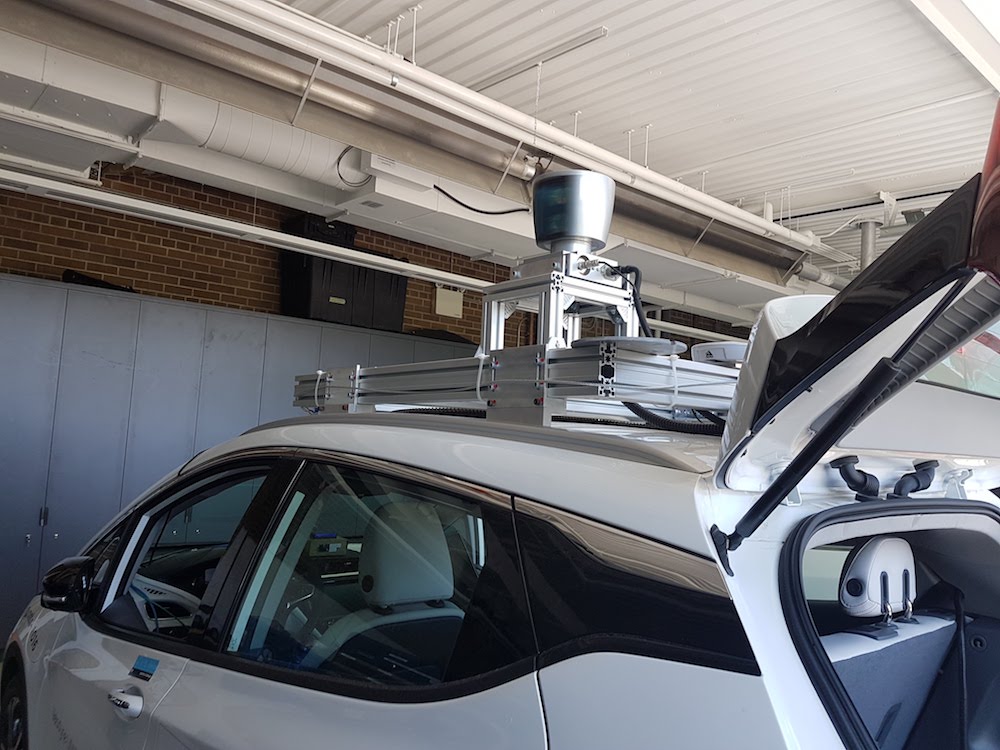 It is not the same to watch LIDAR examples, do the sensor fusion project on the Self-Driving Car Nanodegree, and see it on a simulator. This LIDAR was massive. I was thinking of buying one LIDAR and put it on my car, to get some data while I was on the road. Keenan explained to me that was not a very cheap project… Again, he was kind enough to explain to us how they use it and to see it working right there. 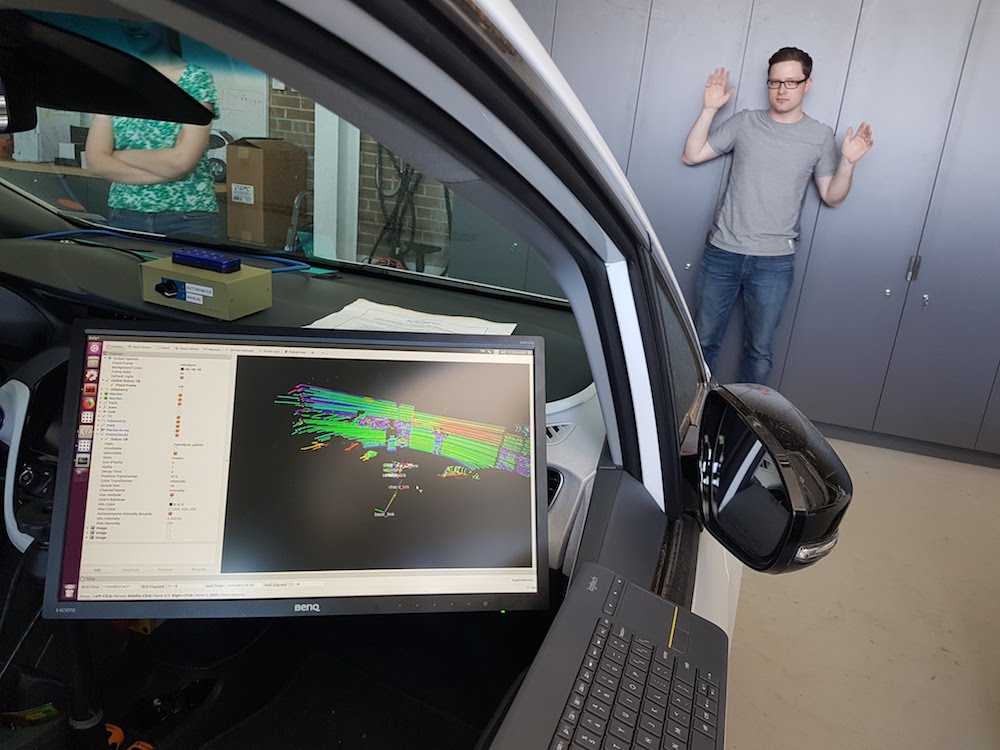 Disclaimer I know how it looks, but we were not about to shoot him. It was to see how the LIDAR works.

That was the end of our encounter with Zeus. It was time to see something flying, and we move to Angela’s lab. 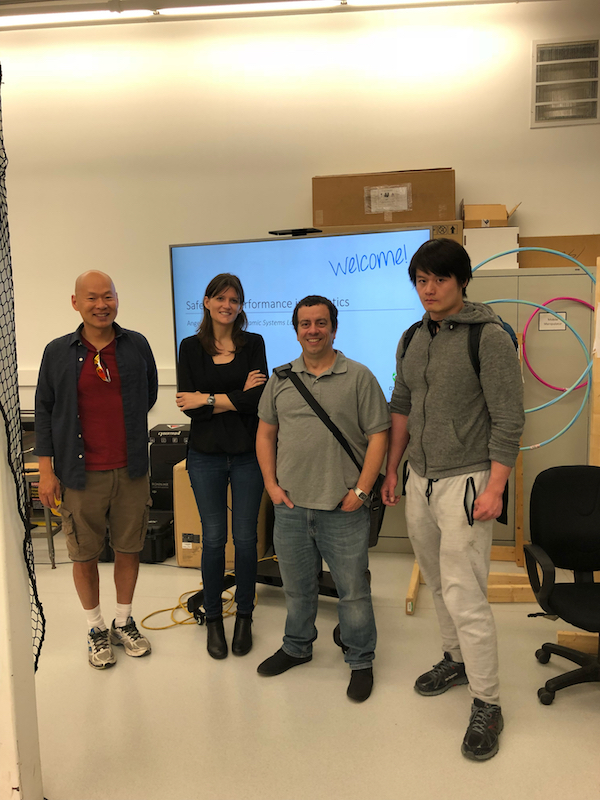 The lab was impressive. They have a big area to with separated from the rest to test fly drones. Well, it is to be expected, but this is the first time for me to see a place like this. Angela presented us to her team and showed us the different drones they were using and the type of project they were involved. I was pleasantly surprised they have a lot of Crazyflies. I have one too. 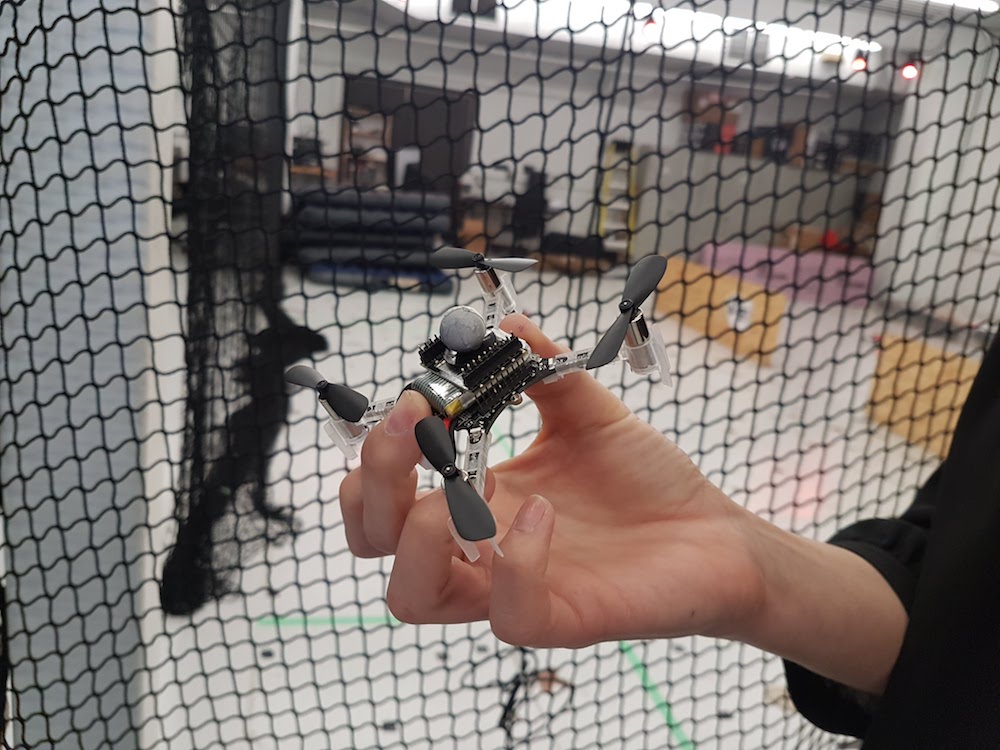 But they also have something more powerful. 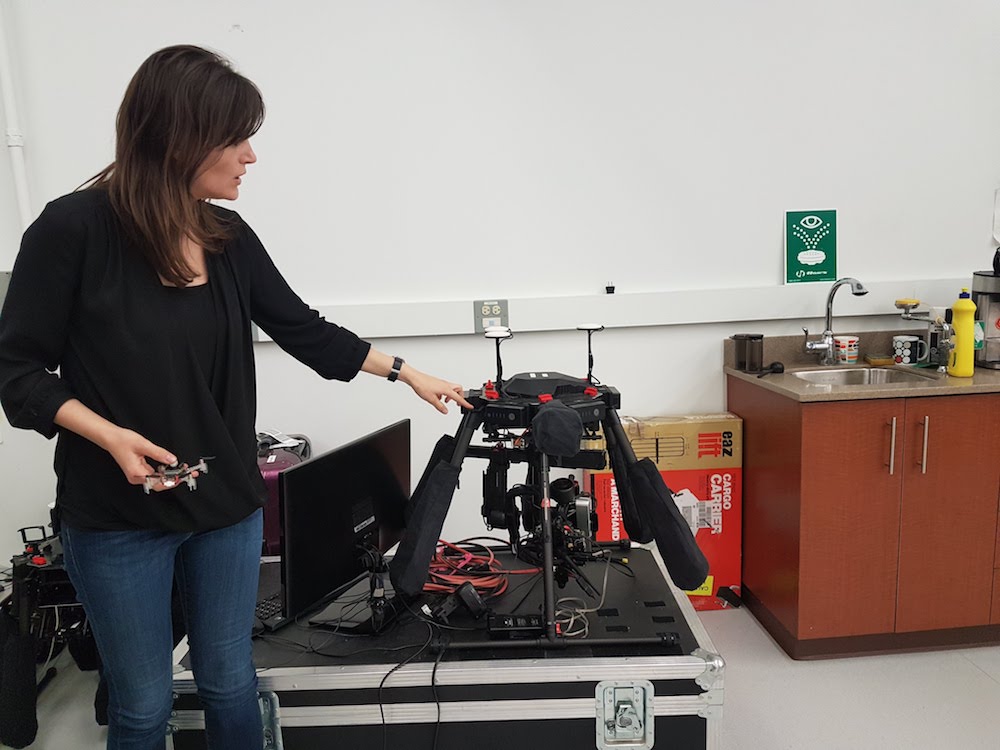 We were happy to meet Julia Chernushevich. She is a Udacity content developer we haven’t met yet, but we will on next term. We could not have a peek at following term content, but she brought us pizza from Udacity. Ok, from Pizza Pizza, but it was a Udacity gift to us. Thanks!

It was time for the demonstrations. I won’t be explaining them, here they are:

And the second one was even more impressive.

After all these, we had a lot of questions. Angela and her team dedicated time to answer our questions and have a friendly conversation while eating pizza.

This was a super great day for me. I have the opportunity to meet people doing in reality what we are learning on the nanodegree. Thank you very much, Angela, Keenan, Julia, and Udacity for giving us this opportunity. Hopefully, we could do this at some other time and more important than that: Hopefully, we could contribute to their success.